GORUCK: Check out New and Back in Stock Items for lots of great rucking gear.

What is the Murph Challenge?

On Memorial Day 2021 thousands of people around the globe – including Soldiers, Marines, Sailors, Airmen, and more will be taking on the Murph Challenge.

The Murph Challenge is a workout (in CrossFit terms a “Hero WOD”) honoring LT. Michael P. Murphy who was posthumously awarded the Congressional Medal of Honor for his actions in Afghanistan in 2005.

Murph perfomed this workout regularly, which he nicknamed “body armor” – because he did the grueling workout wearing his plate carrier fully loaded with ISAPI plates. It was his way to ensure he was ready for the grueling physical demands of combat in a realistic way.

If you didn’t think this workout was going to be hard – imagine doing it with the extra 20 lbs of body armor!

The Murph Challenge has since transformed into a Memorial Day commemoration event – and is undertaken by thousands world-wide, especially in the military and CrossFit communities.

The Murph Challenge is more than just a workout. It is a tradition that helps push us, humble us, and gives us the opportunity to devote a bit of pain and sweat to honor Lt. Michael P. Murphy (SEAL), a man who surrendered everything he had for our freedom.

Lt. Michael P. Murphy was a United States Navy SEAL officer who was bestowed the U.S. military’s highest award, the Medal of Honor, for his efforts during the War in Afghanistan. He was the first member of the United States Navy to earn the award since the Vietnam War. His other post-mortem awards include the Silver Star Medal and the Purple Heart.

He was the officer-in-charge of a four-man SEAL element supporting Operation Red Wings, tasked with uncovering a key anti-coalition militia commander near Asadabad, Afghanistan. Soon after entering the objective area, they were seen by three goat herders who were believed to report the SEALs’ presence to Taliban fighters.

A violent gun battle happened on the abrupt face of the mountain between the SEALs and a bigger enemy force. LT. Murphy exposed and risked his own life to save the lives of his teammates. To obtain a better position to send a call to get help for his men, he knowingly revealed himself to increased enemy gunfire, moving away from the protective mountain rocks. That action made him the target for the enemy, and he was able to contact the SOF Quick Reaction Force at Bagram Air Base and asked for help.

He was shot in the back and dropped the transmitter, but he picked it back up, completed the call, and resumed firing at the enemy who was closing in. Critically injured, LT. Murphy returned to his cover position with his men and continued the battle. LT. Murphy fought on, enabling one member of his team (Marcus Luttrell) to flee before being killed.

Why has this become a Memorial Day activity?

For his selfless deeds, LT. Michael Murphy was posthumously bestowed the Congressional Medal of Honor on October 27, 2007. To honor his memory and remember his bravery, dignity, and sacrifice, The Murph Challenge was born and has become a Memorial Day activity. This challenge/workout isn’t about your time, strategy, or “RX” ability, but it is a challenge to remember LT. Michael P. Murphy.

Hero WOD’s are usually programmed and set up in gyms, and it is a great opportunity to commemorate these heroes to instill and retell the stories of heroism and sacrifice. Murph was first registered on CrossFit’s Main Site on August 18th, 2005. No one can tell when exactly it became a tradition for gyms to program Murph on Memorial Day. But in 2007, Josh Appel, an Air Force pararescue jumper who headed the team that jumped to save LT. Murphy’s team, took the concept to his gym, Albany CrossFit, and the rest of the CrossFit community did the same. Ten years later, it’s an honorable tradition for gyms to close on Memorial Day, working only Murph as their workout, often accompanied by a barbecue or other community bonding event.

Lt. Murphy’s sacrifice will remain forever not only in the CrossFit community but also in the community outside of CrossFit. In 2007, LT. Michael’s family founded the LT Michael P. Murphy Memorial Scholarship Foundation. The Foundation is financed through donations to them and proceeds earned from The Murph Challenge fundraiser held annually.

The Murph Challenge is the official yearly fundraiser of the LT. Michael P. Murphy Memorial Scholarship Foundation. It is also one of the primary mediums of financing the Foundation on an annual basis.

From the funds raised through The Murph Challenge campaign since 2014, the Foundation was able to finish the construction of the LT Michael P. Murphy Navy SEAL Museum/Sea Cadet Training Facility in Long Island, NY. The Foundation was also able to give 32 scholarships in 2020 with the addition of two new scholarships; one at St. Joseph’s College to a Veteran for undergraduate or graduate study and one to Rocky Point High School on Long Island in remembrance of Marine Sgt. Robert A. Pole, who was killed in action in Iraq.

How do you do the Murph Challenge?

This workout was LT. Michael’s favorite workout to do as part of the workout prescription. It can be exciting to workout for a cause, but the Murph workout is ideal for frequent and veteran WODers as this challenge is remarkably hard. The absolute volume and length of the workout is what makes this workout extremely challenging – both physically and mentally. Preparation and warm-up are crucial as you will do a high volume of reps, especially with your upper body.

There are different strategies that you can do to make the challenge achievable, especially for average exercisers. You can break up the reps, or you can cut the workout in half. Remember: this challenge about commemorating what LT. Michael’s selfless act and not how great you are. You can do it however you want it, especially if you haven’t done this workout before.

If you choose to break up your reps, the pull-ups, push-ups, and air squats will take up most of your time. And if you break them up with minimal rest, you have more possibilities to succeed. You can do the “Cindy” style with 20 rounds of five pull-ups, ten push-ups, and 15 air squats. Or if you think you are better than that, you can do ten rounds of ten pull-ups, twenty push-ups, and thirty air squats. Just remember to mind your transition. These three movements require a lot of transition, so it is best to choose sets and reps that are easy enough to allow you to keep going instead of having to take extended periods to recuperate during transitions.

Doing half Murph is fine. No one will judge you. You can do an 800-meter run, 50 pull-ups, 100 push-ups, 150 air squats, and another 800-meter run. But even if you do the half Murph, breaking up the reps is still a clever idea. Doing ten rounds of five pull-ups, ten push-ups, and 15 air squats would be a safe option. Another way to perform the challenge is without a weight vest. The formula suggests using one if you have one, but if you don’t have any, it is still fine.

The photos used in this article are provided by the men and women of various branches of the U.S. military, and are in the public domain.

The appearance of U.S. Department of Defense (DoD) visual information does not imply or constitute DoD endorsement.

Top 5 Reasons to use the Leg Press Machine

February 3, 2022 fitadmin Exercise Equipment 0
Disclosure: Links to other sites may be affiliate links that generate us a small commission at no extra cost to you.

The leg press machine catches a lot of flak. It’s considered an inferior exercise when compared to the squat and deadlift. But there’s a reason these machines are popular and you’ll find one in just about every gym. You might as well understand what it’s good for – and use it to your benefit. We’re going to discuss the top 5 reasons to use the leg press machine. We’ll highlight some of the things you can do with this model of leg press machine. Reason #1: Rehabilitation The legs constitute the largest muscles in the body. The quadriceps, hamstrings, and glutes are a significant portion of your total muscular mass. How do you provide a strength building workout if you’ve [Read more …]

December 22, 2021 fitadmin Exercise Equipment 0
Disclosure: Links to other sites may be affiliate links that generate us a small commission at no extra cost to you.

Let’s talk about the Glute Ham Developer or GHD, also known as the Glute Ham Bench. What is a GHD? It’s a piece of strength and conditioning equipment that lets you perform very potent posterior chain and core exercises including the Glute Ham Raise (GHR), the abdominal destroying GHD Situp, and even a poor man’s version of the reverse hyperextension. The model shown here is the Rogue Abram 2.0 GHD (Rogue: ) – and it’s excellent example of the features of a great GHD. Looking for Black Friday 2019 deals on Glute Ham Devices? Check back here for our recommended Black Friday deals on GHDs. Black Friday is the best time of the year to buy fitness equipment. A GHD [Read more …]

December 22, 2021 fitadmin Exercise Equipment 0
Disclosure: Links to other sites may be affiliate links that generate us a small commission at no extra cost to you.

The foundation of the best garage gym or home gym is the power rack or squat rack. Why? Because it’s the best option for versatile and safe training with heavy weights. Shown here is the RML-390BT Rogue Monster Lite Power Rack (Rogue Fitness: ). It is an exceptionally well built product, and has all the essential features we look for in the best power rack for a garage gym. Got a garage? Then you’ve got space for a garage gym. The benefits of the garage gym are many: no crowds, no commute, no waiting for equipment. But, the downside is you’ve got to have the right equipment. You need versatile gear that will last for a lifetime. What is the [Read more …] 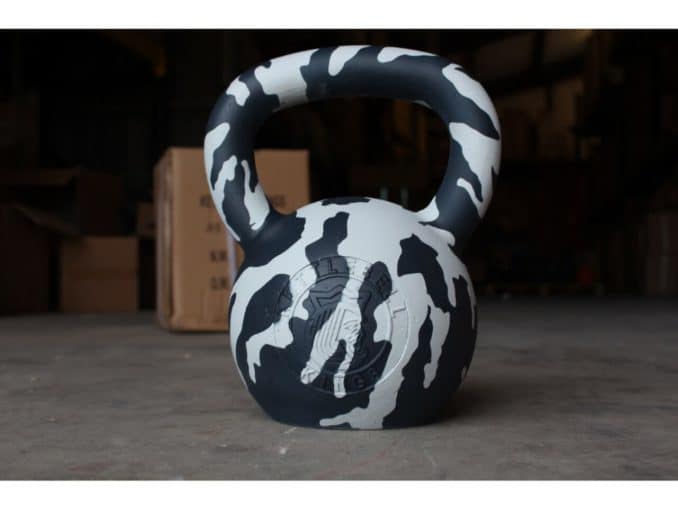 Exercise Equipment
October 26, 2021 0
Disclosure: Links to other sites may be affiliate links that generate us a small commission at no extra cost to you. 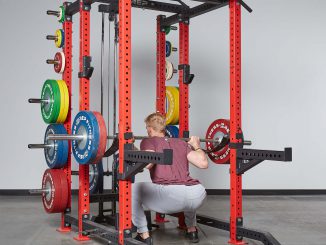 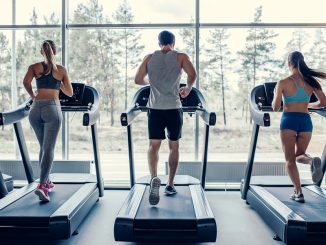 Aging & Health
October 21, 2018 0
Disclosure: Links to other sites may be affiliate links that generate us a small commission at no extra cost to you. 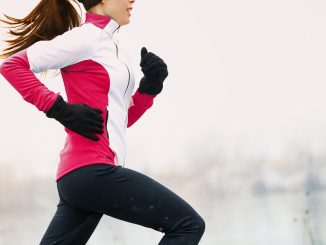 Exercise
February 5, 2022 0
Disclosure: Links to other sites may be affiliate links that generate us a small commission at no extra cost to you. 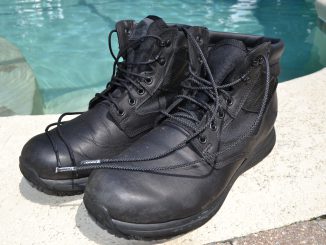 Rucking
June 17, 2021 0
Disclosure: Links to other sites may be affiliate links that generate us a small commission at no extra cost to you.